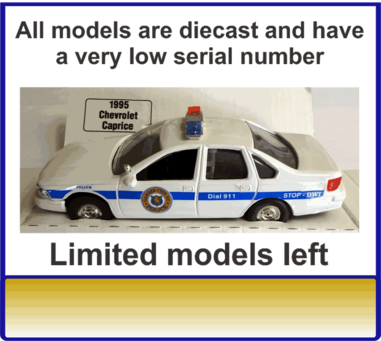 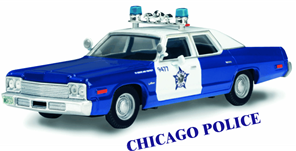 Talk to any law-enforcement collector and ask them the most popular department color scheme is. More often than not, they'll tell you to go check out the yellow-and-blue New York State Police buggies. Add this Dodge Monaco to your collection before it's too late - it could be the last time you'll see it from Corgi. (US06006)

Bell 47 Helicopter of the New York City Police Dept. The model was a limited edition release and is now not often found on the model markets.

Most recognizable in the late 1970's with the introduction of the cop show "Chips," Corgi realizes another tradition with a replica California Highway Patrol car. The merits of this car were sung by many departments nationwide, and even today cop car aficionados point to the Dodge Monaco as one of the greats from the bygone era. (US06005).

The Chicago Police Department 1974 Dodge Monaco became civil-service staple for many law enforcement agencies across the country. Fitted out with the traditional CPD light bar, Chrysler's official A38 police package had a 360-cubic-inch engine that produced 275 net horsepower. (US06004) 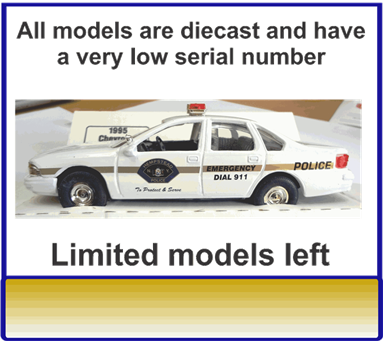 made by Scale Model in the USA 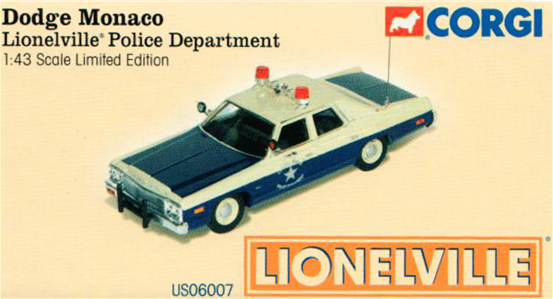 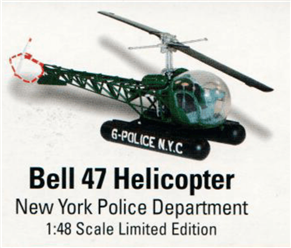 by Scale Model in the USA